To all the people who call me a jackass or insert whatever word here…. for speaking loudly, proudly and unafraid; I say…. MY skin is thick, my backbone strong… bring it on!!

You have something to say… MY NAME is Joe Sacco. No one else is writing these words or saying these things, it’s all ME!!  If you are reading this, you should at least be smart enough to figure out my contact information.

To the IDIOT who made a comment in the reply section of one of MY ISD #701 blog posts, where every other word was F^~¿k you…. you weak minded fool!!! If you disagree with me, state your disagreement in an intelligent manor, I’ll publish your post for the rest of the people to see…. I DO NOT care if you disagree with me!!
Although, when you show your lack of education and intelligence you are resembling a plain “IDIOT”…
Well, need I say more?? 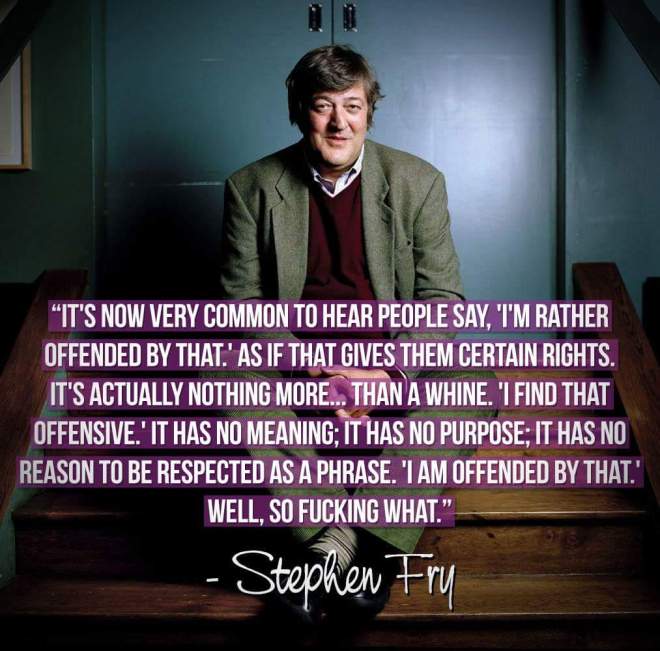 What a CRAP year it’s been…. to all the graduating seniors of Hibbing High, I say a huge I’M SORRY!!
I figure I’ll say it here and now, because no one in a position of authority at ISD #701 will say it to you!???
I hope your future is brighter than your last few years at H.H.S.
Here’s wishing you all the best in moving forward to a brighter future.
If things get dark and stormy in future years…. think back to your last two years of high school…. you made it through some pretty nasty shit….. you’re well prepared for life!!
Carry on!

To the teachers and all staff within ISD #701…. it’s almost over!!
The light is now shining brightly, can you see it?? 😉
It’s almost time for “the cabin” ice cold beverages of your choosing, kicking back and relaxing… you made it!!
Please refrain from sending any inappropriate images unless cleared before hand!!! 😉 😉 😉
Ha Ha Ha I’m joking!! Have another beer!! 😉 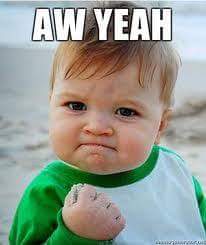 Your time is now Sir!!
Your inherited problem of Fleming’s deviant behavior will no longer, as of June 30th… be your problem.

Principal  F. However is your problem…. have you ever checked into this man’s previous work history?
Do you know why he’s the principal of H.H.S.?
It would behoove you to check into this man’s past work history….. if you do so…. it will become apparent why he failed at his job of being a mandated  reporter, and why reports of misconduct by Mr. Fleming just disappeared into thin air.
It would also shed a light on how UNDESERVING this man was to have
received any kind of award for excellence!!
What a joke!!
What a travesty to honor someone who has done absolutely nothing honorable.
Him winning an award?? Are you freaking kidding me???!!! What are the “optics” this sends???

A high school teacher/s, a substitute teacher, and a leader in this district are also your problem.

A male high school teacher who sent pictures of his “private parts” to young girls!!
I DO NOT care if said pictures can not be found……..
I DO NOT care what supposed “good” this male teacher did in the past…..
I DO NOT care if stories are doing the old flip flop….. the word about this pig of a teacher is “out there.”
You do realize the whole state is watching “your” next move, right??
I use “your” as the investigating/lawyers/police or whomever… but ultimately it should boil down to you Mr. Johnson.
You are the NEW leader of ISD #701… this is now your opportunity to stamp the “Johnson Way” of how things will be run at ISD #701.
I would hope no matter the findings, a teacher/s acting in such a pervasive, perverted way would not be allowed to hold a teaching job in Superintendent Brad Johnson’s ISD #701??
People are watching!!! 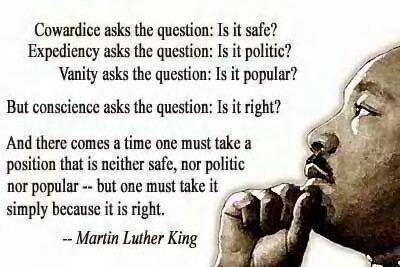 To the SCHOOL BOARD…..
Minus Bob Clover, Mitch Vincent and Kathy Nyberg, well maybe not minus; but more to the point of you three helping the IDIOTS…. pull their collective heads out of their asses!!!
Who am I talking about?? Holy hell, I thought you’d never ask!! 😉
Mr. John Berklich, Mr. Tony Kuznik and Mr. Jeff Polcher……
Your “incestuial knowledge” (what a great and true couple of words to describe you three!!) is dumbfounding!!
***Just so no one calls their lawyer over those two words***
You talk amongst yourselves, never taking into account other’s points of view, or thinking outside of the small box you three must live in….. in essence believing your own BULLSHIT to be the correct thing for all!!
***Incestuial Knowledge***
Hey guess what……
IT IS NOT ABOUT YOU!!!
Walk through every school within this district to remind yourselves why you’re on the school board in the first place!!

To Mr. John Berklich current chair…….
DON’T YOU THINK the school board owes the outgoing seniors, ISD #701, the community and above ALL ELSE the victims of Mr. Fleming an open and honest apology??
You three are pathetic, and the deeply  rooted problem within this district, which neither of you even see!!!
Your three fellow board members see it, know it, and deal with your ignorant buffonery twice a month!! 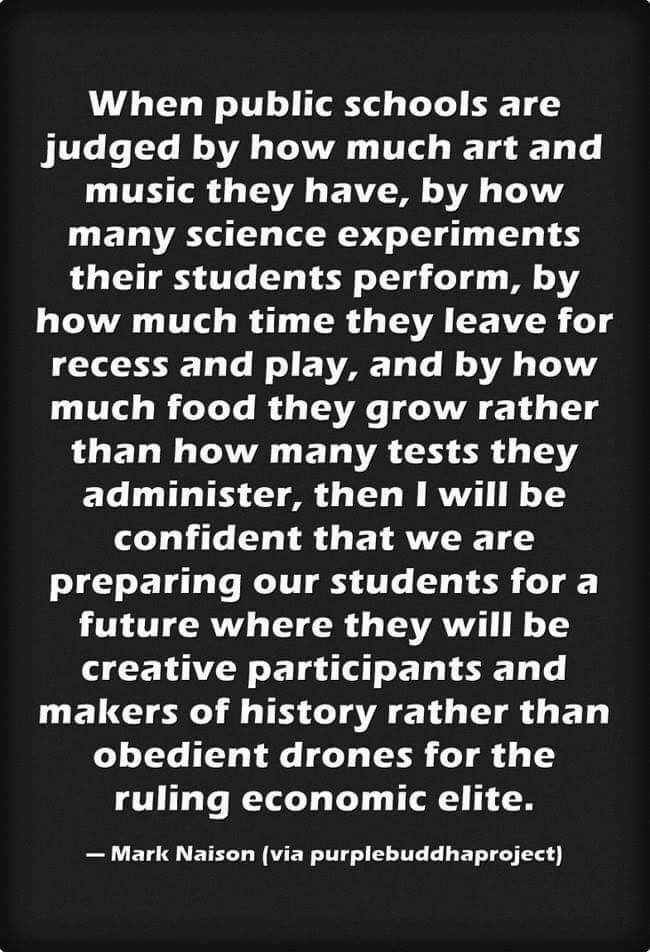 Well, I think that’s it….. Ha Ha Ha probably not, but that’s all for now folks!!

Again My name is Joe Sacco; and I don’t speak up so people say good job; or you are such an asshole….
IT’S NOT ABOUT ME…. It is however ABOUT EVERY LAST CHILD in ISD #701….

***Added: 5/28/2016***
There is plenty of good within ISD #701; (which I have not been shy about saying in the past, maybe i should’ve stated it more?), it’s a shame the same CAN NOT be said about some of the ADULTS that have been tasked with being “leaders” of this district!!

School board member Kathy Nyberg wrote an outstanding piece in the Hibbing Daily Tribune this week.
I would be doing the students of ISD #701 a disservice by not adding it here!!
Kudos to you Kathy!!
The information Kathy shares in said article, shows that dispite the lack of competent leadership within ISD #701 the student’s still are “on it.”
Good job KIDS!!

And it was made possible thanks to these three!!

My oldest meet us at our house and we headed out around noon on Sunday. It should be noted he’s waiting on his new to him Trek 90D to be tuned up, so he can finally get aboard a trusty steed that fits him!!

Thomas was looking for a new route to extend his riding…… I think we gave him what he’s looking for, and then some. 😉 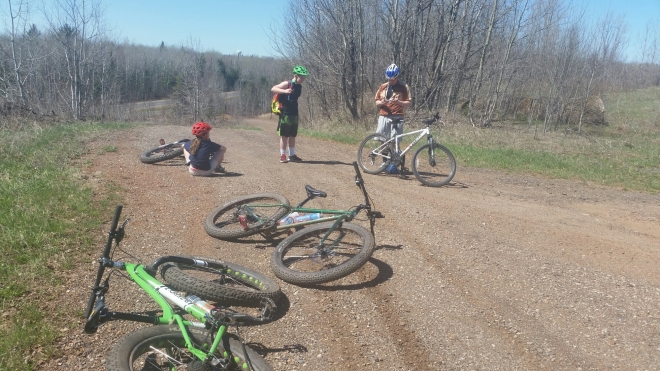 Less than two miles in and a break was needed…. I had my doubts we’d make our 20 mile goal.
After everyone warmed up I was doubting for no reason!!

A lengthy stop at Lake NippleDick for some rock skipping and throwing….. 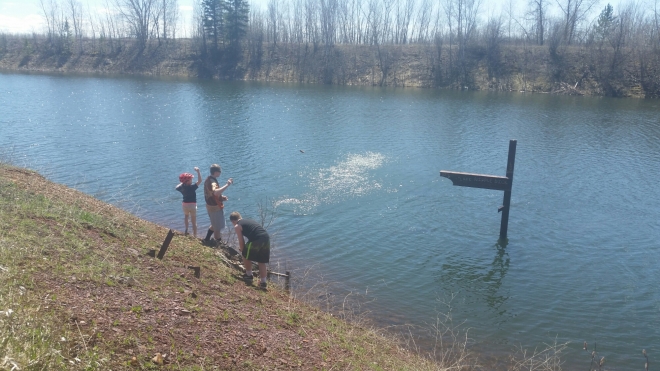 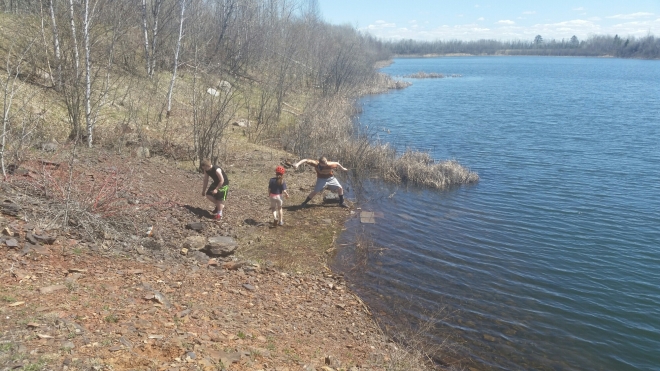 Here’s a good story…..
Two months or so ago CamelBak was asking for old CamelBak bags to be sent to them on their Facebook page….
I posted a picture of my 15 plus year old Trans Alp bag…. they asked if I’d send it in to be used in a new Camelbak ad campaign…. in return I could pick any bag and bottle to be sent to me for free!! One has to like a company like that….
Well Zack was in need of a new bag…. so this is the one he chose… the KUDU 12……

Onward with the ride…..

This right here is the strongest FatBike rider under 10 years old I know!!!!! Yet again today she proved how mentally strong she is!! Proud of you Jenna!!

A quick stop under hwy 169 to feel the vibrations of cars passing overhead.

Then we continued on to some mudholes…… and I heard… “Dad can we ride through this puddle?” I said sure, but hold on a minute……

They’ve yet to master the up shifting when things get soft…. it’s all part of the learning curve!! Next time there will be different results I’m sure!!

Shortly after the mudholes it was more playtime on a sand pile…..

Then we headed to the bottom of the Glen mine pit….. which we decent on the Pie Burner ride….

While the water in this pit is anything but warm….. it has dropped 15-20′ since November 2015…. lots of cool places to ride a fatbike and explore, especially for children. 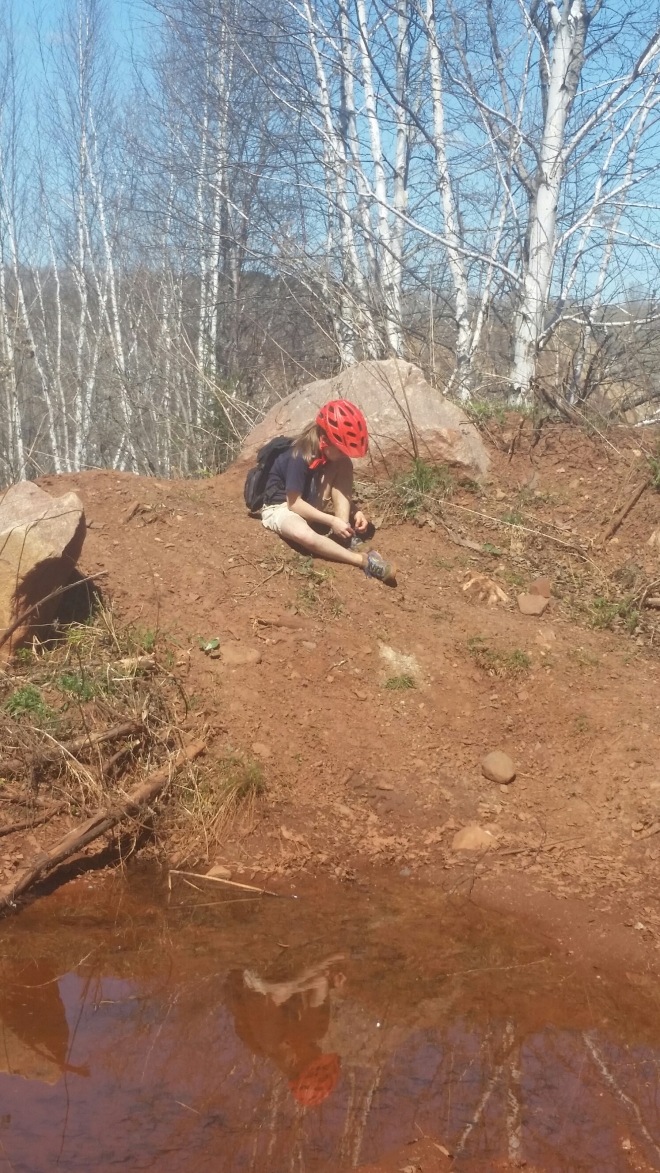 Then it was time to build some character…. via pushing your own fatbike!! These two kick ass!!

Reference that part earlier in this post about this young girl….. working through some “butt hurt” right here. 😉

Then we hooked up with this women…. yeah, the one with the problem with that finger!!!???!!! 😉
Notice a little food and a couple sodas make the “butt hurt” go away!!! 😉
All in all I couldn’t have asked for a better way to spend a Sunday afternoon!!!
A 20 mile ride and good eats and a few beers to finish it off!!
Woot Woot 👍